Many users employ various different approaches, methods, and products in an effort to be a drug test. Throughout this article, we will look at whether aspirin can help you beat a test.  There are two popular methods promoted online for using aspirin as part of a weed detoxification regimen.  Undertaking a detox to cheat on a drug test may be undertaken for a test related to employment purposes or in relation to probation or other legal matters.  It is against the law to use a detox effort to beat a drug test in some U.S. states.  So be sure to check what the law says in your region before delving further into the world of detox, whether an aspirin-based detox or otherwise. 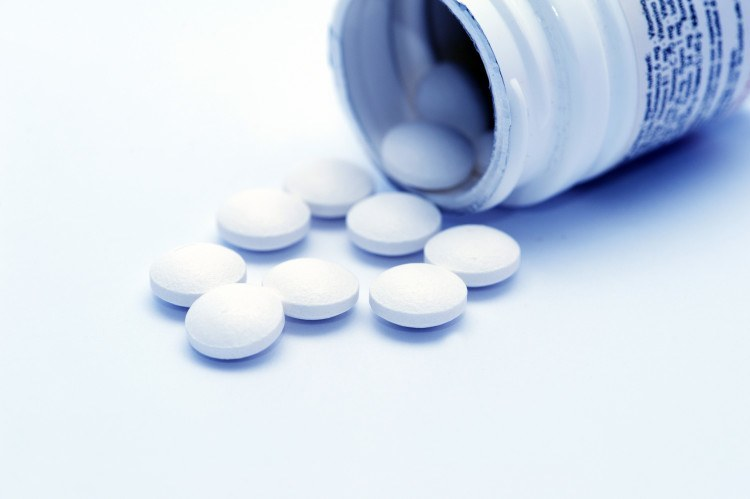 Acetylsalicylic acid or Aspirin tends to be used as pain relief medication, as a blood thinner, and as a means to reduce fever.  It’s common for OTC aspirin to be used for headaches.  Aspirin works by affecting different factors in the body’s immune system which leads to a decline in an inflammatory reaction.  In particular, it reduces prostaglandins, an inflammatory molecule the body uses to fight infection, and to get ready for invaders if you have a tear in the skin.  It may help cause swelling and vasodilation.

Aspirin was discovered while willow bark used in ethnomedicine in Europe and elsewhere.[2]  It’s used for pain, Kawasaki disease, headache, rheumatic fever, and as a blood thinner in cardiovascular disease.  It is generally sold over the counter.  Some derivatives are prescription medications.

Do not use if:

You should avoid aspirin as per your doctor’s instruction if:

You can use it if you have no contraindications and you use only doses recommended on the bottle.  We are not recommending using it to pass a drug test, we are merely describing how people use it and more so, the scientific studies which have been conducted.

Negative Side Effects and Health Risks

The main risk associated with taking aspirin in normal, safe doses is that of stomach bleeding.  Even safe doses of aspirin can result in painful stomach ulcers and may aggravate any existing gastrointestinal bleeding including possibly from hemorrhoids.  The second most prominent danger is bleeding in different regions of the body from injury.  It’s possible that you could lose plenty of blood from what would’ve been just a small injury.  Alternatively, old injuries could start to bleed, either internally or externally.  Aspirin is also associated with Reye’s syndrome, which is a rare disorder that mostly occurs in children due to infections.  To keep on the safe side, avoid this method if you are recovering from the flu or infection.  An early symptom of this disorder is vomiting and it may progress to brain damage and death.

Aspirin can interact with:

What methods do people use involving aspirin to beat piss testing for finding marijuana in urine?

A study in 1994 in the Clinical Chemistry journal found that the ingestion of aspirin did indeed cause false negatives in drug tests.  They concluded:

“…Emit d.a.u. assays after salicylate ingestion lead us to conclude that ingestion of therapeutic doses of aspirin may cause false-negative results for drug screens in urines by this technology.”

In 1994 at least, ingestion of normal doses of aspirin could allow you to pass a drug test.  However, testers may have wised up by now.

A follow-up study in 1994 claimed to have found a way to get around false negatives from aspirin.  It is not known if any such technique was actually adopted successfully by drug testing scientists and companies.  [4]

A study in 2018, published in The Annals of Clinical Biochemistry suggested that aspirin might interfere with the detection of marijuana only.  It may not be effective for other drugs.  It also listed many other effective adulterants which were added directly to the sample, sodium nitrate being the most effective for multiple drugs.  Also, oxidizing agents were effective.[5]

Q:  What does Aspirin due to THC?
A:  Most likely it just interferes with emitting tests such that THC is less detectable.  It’s possible it somehow helps break down THC.  The ability to break up fat could somehow help destroy THC which is fat-soluble.

Q:  Does aspirin show up on a drug test?
A:  As far as we know, it does not.  Though scientists are able to detect it, this ability may not be practiced in testing labs.

Q:  Does methocarbamol have aspirin in it?
A:  Methocarbamol is a guaifenesin derivative which is used as a muscle relaxant.  It is sometimes combined with aspirin as in the product Robaxisal.

Pros and Cons of using aspirin tablets for weed detoxing

4 aspirin failed, however, the line was faint and could read clean in a few days.
Yes.  Passed

[8]
Overall, we actually found a few reviews as this is an old method for passing a drug test.  For the record, aspirin is scientifically proven to help beat a drug test, but you may need to use dilution as well to boost the effect.  Aspirin alone can give you a faint line that a tester can decide is negative or positive depending on their stereotype of you.[9]

Yes, this is scientifically proven to help beat older EMIT tests.  However, taking too much or if you have a pre-existing condition can cause serious problems mostly concerning internal or external bleeding due to blood being unable to clot.  Dilution is the most tried and true, and safer method.  Also, taking zinc and papain are safer and will also decrease the reliability of drug tests.[10][11]  There are also commercial adulterants to be added directly to the sample which are proven and cannot yet be detected.[12]  So, use it at your own risk.  For the most part, taking a normal dose of aspirin is safe for most people and you are likely to have it at home already.  Good luck.